BACILLUS SUBTILIS A SOIL BASED PROBIOTIC: SAFETY, EFFICACY AND TOLERANCE
The term probiotics is derived from the Greek meaning “for life”, and are defined as organisms, when ingested in adequate amounts, exert a health benefit to the host. Probiotic supplements have shown benefit in increasing frequency and efficiency of bowel movements, immunity, digestion and as competitive exclusion agents.

The human gastrointestinal microflora is a complex ecosystem of approximately 300500 bacterial species compromising nearly two million genes (Bengmark 1998 and Neish 2009). This is commonly referred to as the microbiome. The vast amount of bacteria in the gut is in the vicinity of 10 times greater than the cells in the human body. At birth, the intestinal tract is sterile, but upon the consumption of food, bacteria begins to populate the gastrointestinal tract.  The microflora that reside within the human gut generally fall into one of three different symbiotic categories: mutualistic (microbe benefits and host benefits: +/+), communalistic (microbe benefits with no effect on the host: +/o or neither the microbe nor the host are affected: o/o), and pathogenic (the microbe benefits and the host is harmed: +/) (Hooper 2001 and Neish). The interactions between the host’s immune system and the nonpathogenic constituents of the microbiota plays an important role in protecting the host from colonization by pathogenic species through immunity and competitive exclusion agents.

Because the composition of the microbiota is influenced by a variety of factors including diet, socioeconomic conditions, age, and most importantly, the use of antibiotics, the ratio of good bacteria to bad bacteria is a critical measure in determining overall health. Gut commensals, such as probiotics, exhibit various beneficial effects for the host (Rolfe 2000).  Probiotics are live microorganisms passing through or residing in the human gut with low or no pathogenicity and exhibit beneficial effects for the host (Bengmark 1998, Geier et al. 2007, Rauch and Lynch 2012, Rolfe 2000). Probiotic supplementation has shown positive results for relief of various ailments such as: antibiotic‐associated diarrhea, constipation, allergies, and diabetes (Al‐ Salami et al. 2008, Fooks et al. 1999, Goldin and Gorbach 2008, Ranadheera et al.  2009, Rauch and Lynch 2012, and Rolfe 2000). Probiotics have also exhibited protective properties by producing inhibitory substances, competitive inhibition of pathogenic bacteria, degrading toxin receptors, and stimulating the immune system (Casula and Cutting 2002, Fooks et al. 1999, Geier et al. 2007 and Rolfe 2000). 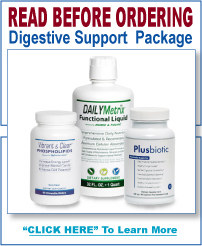 Bacilli can also affect the immunological status of the host through expression of activation markers on lymphocytes in a dose dependent manner (Caruso et al., 1993). Bacillus subtilis spores stimulated cytokine production in vitro and after oral administration in mice (Huang et al., 2008; Huang et al., 2013). Cultures of B. subtilis were used throughout the 1950’s as an  alternative medicine due to the immuno-stimulatory effects of its cell matter, which upon  digestion has been found to significantly stimulate broad spectrum immune activity including  activation of the specific antibody IgM, IgG, and IgA secretion and release of CpG dinucleotides  inducing INF A/Y producing activity of leukocytes and cytokines important in the development  of cytotoxicity towards tumor cells (Shylakhovenko et al., 2003). It was marketed throughout America and Europe from 1946 as an immunostimulatory aid in the treatment of gut and urinary tract diseases such as Rotavirus and Shigella (Mazza, 1994).

Bacteria of the Bacillus species are among the most widespread microorganisms in nature. They are ubiquitous, found in soil (Garbeva et al. 2003) and water (Ivanova, 1999). Bacillus bacteria are included in the normal microflora of the gut in healthy adults (Hong et al. 2009) and children (Ellis‐Pegler et al. 1975). The normal number of bacilli in the gut can reach 107 CFU/g (Benno & Mitsuoka, 1986). They are resistant to acid and bile and maintain viability in the gut (Duc et al.  2003). Hong et al. (2009) compared the density of spores found in soil (~106 spores per gram) to  that found in human feces (~104 spores per gram). The number of spores found in the human gut is too high to be attributed solely to consumption through food contamination. Soil simply serves as a reservoir, suggesting that B. subtilis inhabits the gut and should be considered as a normal gut commensal.

Over a period of many centuries these bacteria have been used for preparation of alkaline fermented foods (Wang J& Fung DYC, 1996). Bacillus species are the major microflora in soybeans and are responsible for their fermentation into soy food products and condiments (Ray et al., 2000; Inatsu et al., 2006). In Japan, a culture of Bacillus subtilis subsp. natto is used to produce Nattō, a popular food made by fermenting cooked soybeans (Katz & Demain, 1977).  Nattō is a traditional Japanese food made from soybeans fermented with Bacillus subtilis. In addition, previous studies have shown that Bacillus subtilis subsp. natto increased general performance and immune function of preweaning calves (Sun et al., 2010) and has some fibrinolytic and antithrombotic activity (Omura et al., 2005), Studies in chickens showed that Bacillus subtilis inhibited pathogenic microorganism growth (Fritts et al., 2000; Teo and Tan, 2005), increased digestive enzyme activity, and reduced the yield of ammonia (Samanya and Yamauchi, 2002), which in turn promoted fowl growth performance (Fritts et al., 2000; Teo and Tan, 2005). Bacillus subtilis was sequenced and found to have an Average Nucleotide Identity  (ANI) score of 92.9% in common with Bacillus subtilis subsp. natto str. BEST195, indicating the  high degree of similarity between the two strains and their shared functionalities.

Daily consumption of Bacillus subtilis can be recognized as a safe efficacious probiotic. B. subtilis was well tolerated in healthy young adults consuming their usual and variable diets, as reflected by blood levels of important biomarkers. Markers of systemic acceptance, such as CRP and liver enzymes, remained within acceptable ranges and gastrointestinal symptoms and bowel habits, if anything, improved with B. subtilis consumption.

These statements have not been evaluated by the FDA. This product is not intended to diagnose, treat, cure or prevent any disease. The information provided on this site is for informational purposes only and is not intended as a substitute for advice from your physician or other health care professional or any information contained on or in any product label or packaging. You should not use the information on this site for diagnosis or treatment of any health problem or for prescription of any medication or other treatment. You should consult with a healthcare professional before starting any diet, exercise or supplementation program, before taking any medication, or if you have or suspect you might have a health problem. You should not stop taking any pharmaceutical product without first consulting your prescribing physician. Resale of Plusbiotic without written permission is strictly prohibited.